If You Had Been Born Elsewhere in the Universe

If You Had Been Born Elsewhere in the Universe

The universe is full of strange habitats very different from our familiar planet. Let us look at different habitats in the universe, and how life would be different for you if you had been born in one of these places.

If You Had Been Born on an Ice World

A planet revolving around a star can only support life if the planet has an orbit that is neither too close nor too far from the sun. Planets with such an orbit are said to exist in the habitable zone. Many planets must exist on the outer edges of the habitable zones of the stars they orbit. Many of these planets must be ice worlds – worlds that could have been like Earth if they had only been a little closer to their sun.

If you had been born on an ice world, your planet might have many large oceans, but the tops of every sea, ocean, and lake would be frozen solid. On your planet, people could not grow crops the way they do on Earth. Your planet would be too cold for that. How would you get food? You would presumably do that by ice fishing. Life for you and your family would revolve around fishing, and hunting other animals that ate fish. You would probably live rather like an Eskimo, perhaps living in a house like an igloo. So would every one else on your planet.

If You Had Been Born on an Ocean World

There is no reason why a planet within the habitable zone has to have a mixture of continents and oceans such as Earth has. Some planets must consist almost entirely of oceans, with only a few isolated islands. 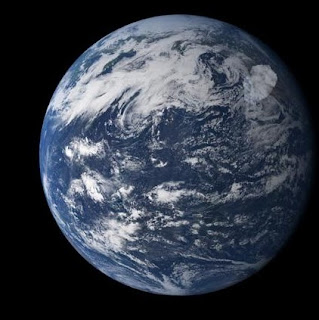 If you had been born on an ocean world, you might live on some tiny little island, and never leave that island for your whole life. If you ever wanted to travel somewhere else, you might have to go on a long sea voyage for hundreds of miles, before coming to some other tiny little island. You would probably never ride in a train or drive on a large highway. The civilized population of your planet might only be a few thousand people, or perhaps a few million people. Life on your planet would be much simpler than life on Earth.

If You Had Been Born on a Super Earth

Scientists are now using the term Super Earth to refer to a rocky planet a few times larger than our planet. Life can presumably exist on such planets when they are inside the habitable zone, but the gravity of a Super Earth would be much higher than on our planet.

If You Had Been Born on a Mini-Earth

If you had been born on a mini-Earth, you might have thin long legs. You would be able to jump much farther than a human being, perhaps as long as 30 meters. Your lungs and nose would probably be much bigger to help you breathe the rather thin atmosphere on your planet. It's quite possible that you could fly just by putting on some wing-like attachments to your arms. On your planet you would see trees grow to astonishing heights. Your civilization might be able to build buildings hundreds of stories tall.

If You Had Been Born on a Tidally Locked Planet 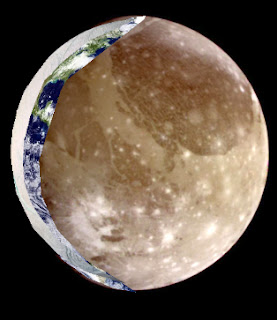 If you had been born on a tidally locked planet, the winds on your planet would probably be much greater than the winds on our planet. If you ever wanted to keep one of your possessions, you would never leave it in your back yard overnight, because by the time you woke up the object would probably have blown away, perhaps traveling for miles. There would be a good chance that everyone on your planet would live underground. There might be a huge network of tunnels that would allow people to travel for many miles underground. If you traveled more than a little way to the East or West, you would go to one of the parts of your planet that was too hot or too cold. So when people would travel on your planet, they might go on long trips to the North and South, but they would only go on short trips in a direction of East or West.


If You Had Been Born on an Arid World

Life requires water, but that does not mean that life can only exist on a planet with liquid water visible from space. In theory life and possibly even intelligent life could evolve on a very arid world, as long as there was underground water or oases scattered around here and there.

If you had been born on an arid world, your language might have no word meaning boat or ship or ocean or river. You might have extra bodily organs allowing you to store a gallon or more of water, so you could live weeks without drinking any. You would regard a small garden stretching ten meters long as the most extravagant type of paradise, suitable only for a king. Your people might fight battles or wars over water. When one of your fellow citizens died, your people might use some extraction process to squeeze out every drop of water from the body, and would then bury only dust and bones.

We should not at all assume that intelligent life exists only on planets. We know that Jupiter has a moon named Ganymede that is larger than the planet Mercury, and Saturn has a moon named Titan that is also larger than Mercury. It is likely that many stars have gas giant planets within their habitable zone, and a certain fraction of these should have moons that are large enough to support civilized life. 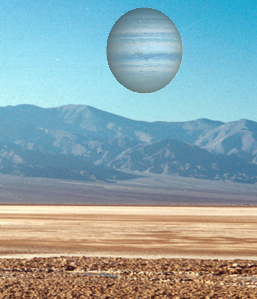 If you had been born on a moon revolving around a gas giant in the habitable zone, the moon would probably be tidally locked with the gas giant. So there would be a 50% chance that you would see a glorious sight in your sky: an object that looked perhaps 10 or 15 times larger than the moon looks in our sky. This object would probably always appear in the same part of the sky, but it would have phases like the phases of our moon. The reflected sunlight from this planet would be so great that you might not see any stars in your sky, or only a few. If, on the other hand, you had been born on the other side of your moon, you would never see any planet in your sky, and you would see plenty of stars in your sky. You might hear tales of how people on the other side of your moon world could see a giant planet filling a good fraction of their sky. You might not believe such tales, thinking them too fantastic. Or perhaps you would spend lots of money to travel to the other side of your moon world, so you could see this glorious sight, as a once-in-a-lifetime treat.