Many of our professors are very pretentious people who claim to have an understanding of many deep questions of time, space, life, matter and energy. But there are quite a few paradoxes suggesting that such academic figures may know very much less than they claim to know. Below is a list of some of these paradoxes.

The Faint Young Sun Paradox. It is believed that life appeared more than three billion years ago, in an event that would have required liquid water on the surface. However, models of the sun's evolution indicate that the heat output of the sun should have been much lower billions of years ago. Based on such models, it seems that it should only have been about about two billion years ago that the Earth started getting enough heat for liquid water to exist on its surface.

The Fermi Paradox. Our galaxy contains many billions of planets. In billions of solar systems there should be a situation where a planet roughly the size of the Earth exists at a suitable distance from the closest sun, resulting in a surface that is neither too hot nor too cold for life to appear. But despite all these opportunities for life to appear, decades of searches for radio signals from extraterrestrials have produced no successes. The Fermi Paradox can be succinctly stated by asking: where is everybody?

The “Mind from Matter” Paradox. It is typically believed that the human mind results from arrangements of matter in a brain. But mind and matter are two totally different types of things. We can imagine without a paradox mental things producing mental outputs, and physical things producing physical outputs. But it seems paradoxical that a material thing could ever produce a mental output.

The “Winding Problem” Paradox. A large fraction of the universe's galaxies are beautiful spiral galaxies. Spiral galaxies rotate, taking about 200 million years to make a full rotation. But stars in the outer parts of a spiral galaxy should take much longer to rotate than stars closer to the center of a galaxy (just as planets in the outer solar system have much longer years than planets in the inner solar system). This differential rotation should spoil the spiral shape of a galaxy after after 500 million years. But such galaxies have apparently managed to keep these spiral shapes for many billions of years.

The “Protein Origin” Paradox. In a cell proteins are produced by little structures called ribosomes. But ribosomes are themselves made up largely of proteins. So if proteins are built by ribosomes which themselves require proteins, how could proteins ever have originated? 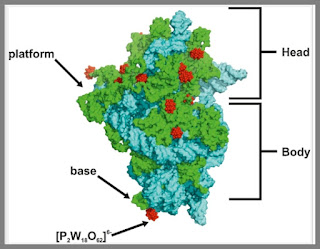 A ribosome, with its proteins shown in green

The Short Lifetime of Synapse Proteins Paradox. The leading theory of memory storage maintains that memories are stored in synapses in the brain. However, it is known that the proteins that make up synapses have short lifetimes, having an average lifetime of no more than a few weeks. How could synapses be storing memories that can last for 50 years when all the matter inside synapses is being rapidly replaced, with such rapid turnover?

The Paradox of High Mental Function in Highly Damaged Brains. Our professors assert that our minds are produced purely by our brains. But it sometimes happens that humans have normal or almost normal mental functioning even though they have lost very much or most of their brains due to disease. See here for some examples.

The “Inferiority of Primitive Speech” Paradox. Before any language was spoken, humans would have lacked the vocal adaptions needed to speak in an intelligible manner. Before such adaptions existed, hand gestures would have been a greatly superior way of communicating. But why then could spoken speech ever have originated, and been used instead of a hand-gesture language? See here for more on this paradox.

Levinthal's Paradox. The proteins inside our bodies have complex three dimensional shapes. But in a DNA molecule that specifies the makeup of a protein, there is only a specification of the sequence of amino acids that make up the protein. Does a chain of amino acids somehow discover its three dimensional shape through some type of trial and error, settling on some shape with the lowest energy requirements? Not according to Levinthal's paradox, which points out that finding such an answer through trial and error would take many years – actually a length of time longer than the age of the universe. Instead a newly synthesized protein finds its characteristic 3D shape within a few minutes. The wikipedia article on this paradox inaccurately tells us that "the solution to this paradox has been established by computational approaches to protein structure prediction." This is not at all correct -- even using databases and high-speed computers, scientists can't accurately predict the 3D shapes of complex proteins (and cells don't have such databases and computers).

The C-Value Paradox. There is no relation between the complexity of an organism and the size of its genome. Organisms much simpler than humans may have genomes larger than the human genome. For example, some amphibians and flowering plants have genomes 100 times larger than humans. Such a fact is completely at odds with the idea that the genome or DNA of an organism is some kind of blueprint for the organism.

Lewontin's Paradox. Only a certain number of random mutations will occur per 1,000 organisms. So Darwinism would seem to predict that genetic diversity should be proportional to the number of organisms in a population. So, for example, a species with billions of organisms (such as humans) should have many times more diversity in its gene pool than a species with only thousands of organisms (such as lions). But a recent study found this is not at all true, and that the degree of genetic diversity is pretty much the same for any species.  This discrepancy is known as Lewontin's paradox.

The Paradox of Fast Retrieval of Old Memories. Accounting for short-term memory is relatively easy, since we can imagine that there is a kind of very small “scratch pad” storing things you learned in the last few minutes. A brain might be able to search that tiny little “scratch pad” very quickly. But how is it we are able to instantly remember information learned years ago, as contestants do so effectively on the TV show Jeopardy? If you have millions of items that you have learned, there would seem to be no way for you to instantly find an exact location in the brain where a memory was stored, nor would there be time within a few seconds to scan all of the items in your long-term memory to find a particular memory.

Paradoxes of the Origin of Sex. Sexual reproduction seems to offer no clear advantage over asexual reproduction. Also it is hard to imagine any progression that could have led to functional sexual organs that differ among males and females, as any change in the anatomy of one gender would be useless unless complemented with reciprocal changes in the other gender (with there being only an incredibly low chance of complementary random changes in both male and female occurring within a few generations).  For example, a mutation producing a little bit of a penis in an organism would not achieve fixation in the gene pool if it occurred when no organism in that species had any vagina; and vice versa.

The Cosmological Constant paradox. In outer space a vacuum is devoid of energy, as far as any astronaut is able to measure. But when quantum physicists add up the quantum contributions that should be made from what are called virtual particles, their calculations tell them that ordinary space should be very dense indeed – even denser than steel. This discrepancy between theory and observation is still unexplained.

The Double-Slit Paradox. The physical world outside of our bodies is supposed to be something existing independently of whether or not it is observed.. But one of the most famous experiments of modern physics suggests this may not be true. Experiments with passing light or electrons through a double slit consistently show an effect in which the outcome is completely different, depending on whether or not there is an observer.

Energy Conservation Paradoxes. It is supposedly a law of nature that mass-energy cannot be created or destroyed. This law is called the law of the conservation of mass-energy. But it seems that in the Big Bang, such a law must have been violated, with a huge amount of mass-energy suddenly coming into existence. Moreover, as the universe expands, more and more space comes into existence. We have been told many times that the expansion is not an expansion of matter within space, but an expansion of space itself. But every volume of space has its own tiny amount of energy, caused by a non-zero cosmological constant. This means that an expanding universe must constantly be leading to a creation of new space, and new mass-energy, with the total amount of mass-energy increasing every second. But how can this be, if there is a law saying mass-energy cannot be created or destroyed?

A web site discusses this issue:

What’s more, there is an energy associated with any given volume of the universe. If that volume increases, the inescapable conclusion is that this energy must increase as well. And yet physicists generally think that energy creation is forbidden. Baryshev quotes the British cosmologist, Ted Harrison, on this topic: “The conclusion, whether we like it or not, is obvious: energy in the universe is not conserved,” says Harrison. This is a problem that cosmologists are well aware of. And yet ask them about it and they shuffle their feet and stare at the ground.
Posted by Mark Mahin at 11:28 AM