Ethical Dilemmas of the Future

Ethical Dilemmas of the Future
A few years back I used to play a verbal game called “Moral Choice” with my children. I would imagine some type of moral dilemma, and ask one of my kids what they would do in such a situation. For example, I might ask them: if you and your friend were drifting on a raft in the middle of the ocean, and you both were thirsty, but only had half a bottle of water, would you drink it all?

Progress in technology is likely to create numerous new types of ethical dilemmas. So let's play a futuristic version of the “Moral Choice” game.

It is easy to imagine an operation of this type. Maybe scientists have figured out a way to grow an artificial heart in a lab using stem cells or 3D printing. Perhaps if you have a heart transplant with such a heart, you will get ten years of additional life. Such an operation is likely to be very expensive, and it is unlikely to be covered by public health insurance such as Medicare. What if you can afford such an operation for you or your spouse, but not both? Do you flip a coin to decide who will get the operation? Or do you both decide to skip the operation?

At age 85 you can use your last money on a therapy or operation to extend your life, or you can skip it and leave an inheritance to your poor, needy children. Which do you pick?

This is an ethical dilemma that will be all too common if they develop expensive therapies or operations to extend the human life span. Such therapies might be organ replacements or something like nanobot injections, with the nanobots cruising around in your body repairing cell damage caused by aging. Such therapies are likely to be very expensive, and it is unlikely that they will be covered by public health insurance such as Medicare (particularly since Medicare already has financial problems that cause many people to wonder whether it will be able to cover ordinary health operations). Given the problems we are facing with rising student debt, horrendous income inequality, and unemployment caused by automation, the number of financially insecure young people (and middle aged people) may grow much larger. So many millions of people may face a choice late in life between using their last remaining funds for a life extension operation, or skipping the operation and leaving the money for their financially needy children to inherit.

You are a doctor, and two of your patients request a genetic modification for their newly conceived child, to make their child smarter or faster or more creative. Do you make the modification, knowing that it may backfire?

This dilemma is one reason why the appearance of superhuman persons may not come until long after the technology is first available to produce such persons. Even if doctors are 95% sure that a particular genetic enhancement may result in a smarter or faster or more creative child, they may decide not to make such an enhancement because they are worried about a 1% chance that the child may end up worse off than if the genetic enhancement had not been done.

Do you make heavy use of your air conditioner, if you are convinced that using the air conditioner will hasten the day when we run short of fossil fuels, causing energy shortages for future people?

Some people think that Peak Coal may come in the next few decades. Imagine that it is the year 2040, and scientists have concluded that production of coal is going to steadily decline. But by that year the world's need for energy will have greatly increased. Besides mere population growth, one reason may be that global warming may have made the planet hotter, and people are using air conditioning more and more. If you live in such a world, you may believe that every time you turn on the air conditioner, you are increasing the energy shortage problem, and are increasing the likelihood that some future person may not have any energy to cool his hot house or heat his cold house.

Do you use technology to extend your life at a time when many people are hungry, meaning someone will be more likely to starve because they won't have the food you are eating in your extended life?

It will be great if we have a future of 150-year life spans and abundance for all. But given all the problems on the horizon relating to overpopulation, resource depletion, global warming, environmental degradation, and energy shortages, it seems more likely that life extension technologies will be introduced to a world in which a significant fraction of the world's people are hungry, a situation we have today. Indeed, there may at that time be an even larger fraction of people who are hungry. So if you are 85, and want to use some life-extension technology that will give you an additional thirty years of life, you may in effect be taking food from the mouths of hungry people who need that food just to live to the age of 50.

Is there any way out of this dilemma? Perhaps you could live on a farm and grow your own food. But the modern person is almost addicted to foods from around the globe, so this would be very difficult.

If you have a tiny gadget allowing you to spy on your spouse or child, should you use it?

In the near future we will have incredible spying devices, such a pen-sized video recorder you can leave in your car or house to spy on what your spouse or child is doing when you are not there. You could pick up the pen-sized video recorder, connect it to your computer, and then fast forward through video footage showing everything that had happened in your home while you were not there. That would be a good way to catch a spouse or child doing something you disapproved of (such as a husband carrying on an affair with a co-worker, or a child using drugs or cigarettes). But would it be ethical to use such a device, seeing that it would violate the privacy of your family member? 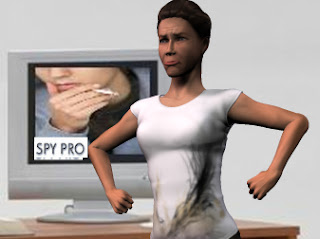 To achieve life extension, would you accept a transplant of an organ from a pig?

This question may seem frivolous, but it is not. It turns out that the internal organs of some breeds of pigs are very similar to human organs. Some companies are working on developing breeds of pigs that could be used as a source of organs for human transplantation. In his book Challenging Nature, Princeton professor Lee M. Silver says, “Eventually, pigs could be engineered with heart, liver, lungs, pancreas, kidneys, colons, and more that are not just equivalent to but better than human body parts.” If you were very old and a company were offering organ transplants from a special breed of pig, and you thought it would extend your life, would you take such a transplant? Or would you find the idea of being part human, part pig too revolting?

To achieve life extension, would you raise a headless human clone of your own body?

If you accept a transplant of an organ from a pig or another human, there is always the risk of organ rejection. The safest way to get a transplant would be from a clone of your own body. You could raise a clone of yourself as you would raise a child, but then you probably couldn't bear to tell the clone that it was time to give up its organs. But what about the idea of raising a headless clone of yourself, who receives nutrition from tubes or injections? This idea has been seriously considered. Some have argued that since a headless clone would not have any consciousness, the headless body would not be a real person, so no one should have any ethical qualms about using it as you wish. Others argue that such a practice would be highly unethical.
____________________

Here are my own personal thoughts on some of these ethical dilemmas. If the sunniest projections of the most optimistic technological enthusiasts turn out to be true, and we end up seeing a future world of superabundance and life extension, I might consider some kind of life extension therapy for myself, if I thought that there was abundant availability of medical treatment, and I thought my children were wealthy enough to not need any inheritance from me. But if 25 years from now we have a world suffering huge problems from energy shortages, hunger, resource depletion, global warming and overpopulation, or a world in which tens of millions in the US don't have adequate medical care, my inclination will be to avoid any type of very elaborate and expensive medical treatment to extend my own life so I have a lifespan in excess of the average lifespan. I tend to believe that in any world in which there are far too many people to match the available resources, the average old person should just live a natural lifespan, and then die in a natural way to make room for somebody else, rather than consuming huge amounts of resources in a frantic effort to live a few more years.
Posted by Mark Mahin at 12:58 PM

Email ThisBlogThis!Share to TwitterShare to FacebookShare to Pinterest
Labels: Ethics