Smolin Seems to Have Lost His Multiverse Enthusiasm

Physicist Lee Smolin has a new book entitled Einstein's Unfinished Revolution: The Search for What Lies Beyond the Quantum. In the book, Smolin sells himself as a realist. Contrary to many scientists, he claims that quantum mechanics does not require any radical revision of old-fashioned ideas about the relation between the physical world and the observer. In the preface, he states, “Commonsense realism, according to which science can aspire to give a complete picture of the natural world as it is, or would be in our absence, is not actually threatened by anything we know about quantum mechanics.”

His case for this claim is not terribly convincing. He discusses some theories that supposedly allow us to keep quantum mechanics and maintain such a “commonsense realism.” But he's frank in discussing problems, shortcomings and drawbacks of such theories, so frank that we're not left thinking that any one of these theories is very likely to be true.

In the preface Smolin refers rather scornfully to the idea of the multiverse, that our universe is only one of many universes. He states the following:

“A vocal minority of cosmologists proclaims that the universe we see around us is only a bubble in a vast ocean called the multiverse that contains an infinity of other bubbles....The fact that all, or almost all, of the other bubbles are forever out of range of our observations, means the multiverse hypothesis can never be tested or falsified. This puts this fantasy outside the bounds of science.”

That sounds very down-to-earth, and fits in with Smolin's positioning of himself in the book as a realist. But what is strange is that Smolin himself was for many years a champion of a multiverse theory that he had created. He called the theory “cosmological natural selection,” and advanced it in a book called The Life of the Cosmos. In his book Time Reborn, Smolin describes the theory as follows:

I discuss this theory and some reasons for doubting it in this post.

Smolin claimed that one advantage of his theory of cosmological natural selection is that it makes a falsifiable prediction. In a 2004 paper (page 38) he lists one such prediction:

“There is at least one example of a falsifiable theory satisfying these conditions, which is cosmological natural selection. Among the properties W that make the theory falsifiable is that the upper mass limit of neutron stars is less than 1.6 solar masses. This and other predictions of CNS have yet to be falsified, but they could easily be by observations in progress.”

But by now this prediction has proven to be incorrect. In September 2019 a science news story reported on observations of the most massive neutron star ever found. We are told, “The researchers, members of the NANOGrav Physics Frontiers Center, discovered that a rapidly rotating millisecond pulsar, called J0740+6620, is the most massive neutron star ever measured, packing 2.17 times the mass of our Sun into a sphere only 30 kilometers across.” 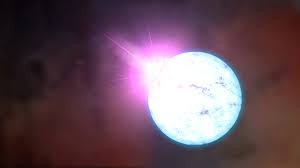 Smolin's latest book book is very thoughtful, readable and well-written, explaining some abstruse topics (such as pilot-wave theory) more clearly than I have ever read them expounded. Smolin denounces the Everett “many-worlds” theory, stating on page 172, “The Everett hypothesis, if successful, would explain vastly too much, and also much too little.”

The Everett many-worlds theory is the groundless nonsensical notion that reality is constantly splitting up into different copies of itself, so that there are an infinity of parallel universes. On page 178 of the book, Smolin perceives the ruinous moral implications of such a theory. Using the term “somewhere else in the wave function” to refer to imagined parallel universes, he notes, “If every eventuality we worked to eliminate, whether starvation, disease or tyranny, was actual somewhere else in the wave function, then our efforts would not result in an overall improvement.” Smolin states the following:

“If no matter what choices I make in life, there will be a version of me that will take the opposite choice, then why does it matter what I choose? There will be a branch in the multiverse for every option I might have chosen. There are branches in which I become as evil as Stalin and Hitler and there are branches where I am loved as a successor to Gandhi. I might as well be selfish and make the choices that benefit me....This seems to me to be an ethical problem because simply believing in the existence of all those copies lessens my sense of moral responsibility.”

I had made a very similar comment prior to Smolin's 2019 book. In a post published on April 8, 2018 I called the Everett many-worlds theory an evil doctrine because of its morality-killing tendencies. I stated the following:

“Why is the Everett 'many worlds' theory an evil doctrine? It is because if a person seriously believed such a doctrine, such a belief would tend to undermine any moral inclinations he had. I will give a concrete example. Imagine you are driving in your car at 2:00 AM on a bitterly cold snowy night, and you see a scantily clad very young child walking alone far from anyone. If you don't believe in the Everett 'many worlds' theory, you may stop your car and call the police to alert them of this situation, or do something like give your warm coat to the child to keep her warm. But if you believe in the Everett “many worlds” theory, you may reason like this: regardless of what I do, there will be an infinite number of parallel universes in which the child freezes to death, and an infinite number of other parallel universes in which the child does not freeze to death; so there's really no point in doing anything. So you may then drive on without stopping or doing anything, convinced that the multiverse would still be the same no matter how you acted.”

Being infinitely extravagant and completely groundless, as well as morally disastrous, the Everett “many worlds” theory of an infinity of parallel universes (and infinite copies of yourself) is best described as “evil nonsense.” I am pleased to find that I am not the only who recognizes how morally ruinous such speculation is.
Posted by Mark Mahin at 8:18 AM