Faced with the fine-tuning problem of why the universe seems to be so well calibrated to allow the existence of intelligent life, some thinkers have advanced the idea of a multiverse, the idea that there is a vast ensemble of universes. The thinking is that if there are an infinite or nearly infinite number of universes, then we might expect one of them to luckily have just the right conditions allowing for observers. The drawbacks of this approach are many: the nearly infinite baggage of assuming all of those universes, almost all uninhabited; the violation of the principle of Occam's Razor asserting that “entities should not be multiplied beyond necessity” when trying to explain something; the violation of the principle of mediocrity asserting that a random sample from a larger population should be assumed to be representative of the population; the fact that we have never had a verified case of anything being successfully explained by a multiverse; the fact that while the probability of some universe being habitable by chance may be improved by assuming other universes, the probability of any particular universe (including our universe) being habitable by chance is not at all improved by such an assumption, not even by even 1 percent.

Perhaps sensing the weakness of a simple multiverse theory, some theorists have advanced a more complicated theory – a theory they call cosmological natural selection. The idea seems to have first been advanced by the physicist Lee Smolin (author of the excellent book The Trouble With Physics). In his book Time Reborn, Smolin describes the theory as follows: 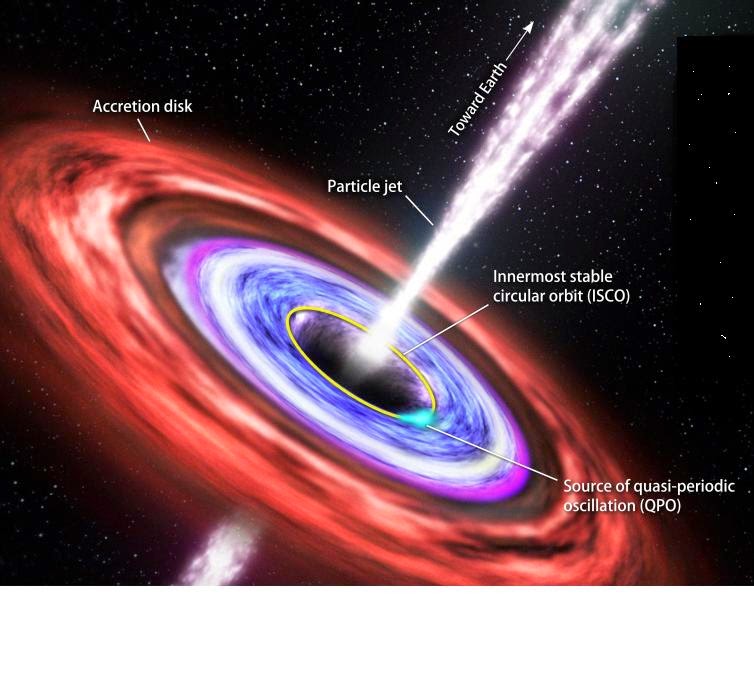 But there are many holes in this theory based on black holes.

But let's try to open the door to such an idea. What would it be like if the matter in a collapsing star formed a black hole, and that extreme density of matter caused the surrounding space to be pinched off into its own little bubble? What would we then have? Such a little bubble should not be called a new universe, as that gives a completely misleading idea of some vast area with enough matter to form many galaxies. The bubble would be properly referred to as a spacetime bubble, or a micro-universe.

And what if the matter in a collapsing star were to cause a new universe when a black hole formed, and the matter moved over to that universe? You would then have a tiny little one-star-sized universe. Such a possibility is worthless in explaining our universe, which has the mass of at least 1,000,000,000,000,000,000 stars.

Another problem with Smolin's theory is that it absolutely requires you to believe that our universe has been optimized to produce a maximum number of black holes -- a thesis that is rather implausible given the fact that the nearest black hole is no closer than 1500 light years away, and that only one in about 30,000,000 nearby stars is a black hole.  In fact, other scientists maintain that the universe is not at all optimized to produce black holes.

Another huge problem with Smolin's idea is that it does not explain how any universe could have originally came to exist in the state in which black holes could exist in it (a state similar to a state in which life could exist in it), a state enormously improbable to occur by chance. Although you may associate the concept of black holes with ideas of chaos, randomness, or disorder, there are actually many requirements that any universe must meet in order for it to have stars that can form into black holes. Smolin lists 6 such requirements on page 36 of this paper, all of which are incredibly lucky long shots. Another requirement is that the proton charge very precisely match the electron charge to many decimal places, for unless you have that coincidence there will never exist the stars from which black holes form.

So let's imagine a collection or series of universes with random properties. It would require an incredibly unlikely set of conditions for any particular one of these universes to have the conditions necessary to produce black holes – a long shot with odds of no greater than 1 in a billion billion. According to Smolin's theory, once such a universe existed it might begin making copies of itself, as black holes formed new universes. So if you started out with several billion billion universes, a few might produce black holes, and then gradually (according to Smolin's theory), the fraction of the universes that had black holes (and that were compatible with life) might keep getting higher and higher over the eons. Such a theory might comfort some people by making our universe seem not so untypical in a collection of universes. But it would do nothing to explain the original incredibly unlikely long shot.

To give an analogy, imagine you have a book-copying robot which is given a copy of a rare and wonderful book, such as a first edition of Dickens. Such a robot might then make 1000 copies of the book, and stack them on your bookshelf. Seeing all of those copies on your bookshelf, you might then tend to think that the original first edition was not so rare and wonderful, but this machine would not at all explain the origin of the first edition in the first place, something that would be very hard to plausibly explain by any theory of luck.

Smolin claims that one advantage of his theory is that it makes a falsifiable prediction, and in a 2004 paper (page 38) he lists one such prediction:

There is at least one example of a falsifiable theory satisfying these conditions, which
is cosmological natural selection. Among the properties W that make the theory
falsifiable is that the upper mass limit of neutron stars is less than
1.6 solar masses. This and other predictions of CNS have yet to be falsified, but

they could easily be by observations in progress.

But in this 2010 Science Daily piece reported the discovery of a neutron star: “The researchers expected the neutron star to have roughly one and a half times the mass of the Sun. Instead, their observations revealed it to be twice as massive as the Sun."

So according to Smolin's own guideline, the theory of cosmological natural selection has been falsified. He said it would be falsified if we discovered any neutron stars greater than 1.6 solar masses, and a neutron star with a mass of 2.0 solar masses has been discovered.

In fact, this paper estimates that a particular neutron star called the black widow pulsar has 2.4 solar masses. In his book Time Reborn, Smolin concedes, “If that finding holds up under more precise measurements, cosmological natural selection will be falsified.”