On page 30 of Eugene Osty's book Supernormal Faculties in Man, we read of a Mrs. Morel who was said to have paranormal powers. A woman presented to Mrs. Morel a cape, telling her that a jewel worn with the cape had been stolen. Mrs. Morel stated, "It has not left the house...I see her wrapping the jewel in an old newspaper and throwing it under a table in a long room like a hall." We are told that later that evening a servant reported finding the jewel "in the hall in an old newspaper. "

On page 79 we have a report of how a mere glove was given to Mrs. Morel, who was asked "What am I to see about this woman?" and then told, "Look for what is troubling her at this moment." Mrs. Morel correctly said she saw that the woman had lost a large jewel, and also gave correct details about how the jewel would be recovered.

On page 99 we read that Mrs. Morel was given a photograph, face down, and asked about it by Eugene Osty. She first described exactly the person who had sent the photo to Osty. Asked to speak about the person in the photo, she correctly described the person as someone who had suffered "a quick transition from full life to death," involving "something in the head." The photo was of a man who had died fairly quickly from meningitis or some other cerebral affliction, dying in 15 days.

On page 100 we read that a book of a dead soldier (an instruction manual in the artifical language of Esperanto) was given to Mrs. Morel, who was asked about its owner.  Mrs. Morel correctly described the soldier's death.

The incidents above occurred when Mrs. Morel was under hypnosis.  We have here further evidence that clairvoyance can occur most dramatically when certain people are hypnotized, something that was abundantly described by quite a few nineteenth century writers, such as I quote in the posts here, here and here.  On page 120 we read this:

"Some few subjects, much more rarely met with, only show the faculty when in profound hypnosis. Madame Morel, from whom I have obtained several of the results quoted in this book, is of this type. She is hypnotized by the direct gaze, and suddenly falls into a sleep so profound that all mental life seems extinct in her brain ; she seems a body without thought or spontaneity, keeping any attitude in which she may be placed. But as soon as her psychism is called into activity by questions, one is amazed to find, in spite of the cataleptic state, the same intellectual activity as in the subjects whose faculty appears under light hypnosis or in the waking state." 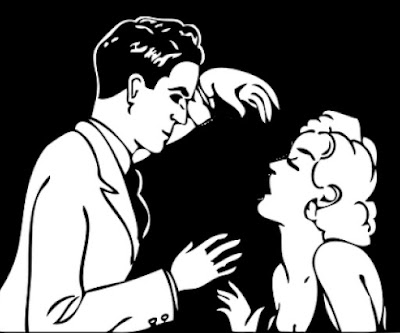 On page 131, we have a general description of the amazing powers in Mrs. Morel:

"I. Any object placed in the hands of Mme Morel almost immediately arouses the mental perception of one of the persons who have previously touched it, and allow of her receiving knowledge concerning that person's life.

II. Each human individual who has touched the object may be evoked and cognized. The experimenter cannot know in advance which of the personalities will first come up. To reach the personality on whom investigation is desired it is sometimes necessary to dismiss a varying number of those that are not required.

III. Human individuals connected with the lives of the persons who have touched the object may also, though more rarely, be cognized. This fact has caused some persons to take for errors revelations that were only misdirection of the faculty.

IV. Each of the persons thus evoked is perceived distinctly, without there ever being transpositions or confusion of the physical states of the different persons who have touched the object.

V. As soon as mental evocation of the personality has been obtained the object that called it up may be taken from the percipient and destroyed. The percipient, nevertheless, continues to describe the states of life in the distant person just as if he were present, or at any rate as if the object were still being held.

VI. Every one of the personalities which have been evoked by contact can be cognized with reference to the totality of his being, in its whole duration and extension ; at whatever moment in the life contact may have been made. For instance, with an object touched twenty years before and never since, the percipient can cognize the life as it is at present and can recognize its course.

VII. The physical and chemical nature of the objects is not a perceptible factor in their usefulness. With Mme M., however, the objects that stimulate best are those with which contact has been frequent and prolonged, and which have not been touched by others."

The skill described in Mrs. Morel has been given the name of psychometry, which means a paranormal ability to deduce information from a material object, relating to a person associated with that object. The Osty book is from the twentieth century, and there were similar  descriptions of psychometry incidents in nineteenth century books. One such book is Manual of Psychometry: The Dawn of a New Civilization by Joseph R. Buchanan M.D. Below is an example of one of the book's accounts of psychometry, and note how the author states that he successfully performed such experiments "more than a thousand times."

"I was sitting with my young friend in an apartment in the Astor House, when I resolved to test his powers. I proceeded to my trunk and took forth four letters written by individuals of strongly marked and peculiar characters. I placed them successively in his hands and requested him to watch the mental impressions to which they gave rise in his mind, and report his conceptions of the characters of the writers. He did so, and his descriptions surpassed my anticipations. He entered into the spirit of each character as familiarly as if he had been in contact with the individual, and described not only his intellect and his principles of action, but even his personal appearance and physical constitution. He knew not of whom he was speaking — he did not even know what letters I had placed in his hands — yet I can say, without exaggeration, that his description would not have been more correct if he had described the individuals from familiar personal knowledge ! Does this statement, kind reader, appear utterly incredible? I have repeated such experiments more than a thousand times with similar results, and could adduce the testimony of thousands who have been the witnesses or the subjects of such experiments. If human testimony can establish any proposition, it is sufficiently strong upon this subject."

On page 37 the writer tells how tests of psychometry were particularly successful when he had subjects hold in their hands or hold to their foreheads a letter written at a time of strong emotion:

"I have usually selected for my first experiments, letters written under intense feelings. The best that I have used, is a letter written by a gentlemen of strong character and ardent emotions, immediately after the death of his wife. The overwhelming grief and agonizing sense of desolation, with which he narrated the death of his beautiful and queenly bride, never failed to arouse vivid feelings in those of high impressibility. In one of my first experiments, that letter was placed in the hands of a lady, the wife of Dr. C. of Boston, who, as well as her husband, was entirely skeptical as to such experiments. The first effect discovered was visible in the tears which she could not restrain. Several times, in other cases, I have simply placed the letter upon the forehead, and left it to tell its own tale of woe, in the sad countenance and tearful eyes of the subject of the experiment. Where the sympathy was thus complete, they were generally able, upon composing themselves, to inform me that the feeling aroused in their own minds, was that of grief — such as would be caused by the loss of some very near and dear friend or relative. Quite a number have been able to state, from their impressions, that the grief of the writer, was caused by the death of his wife ; and some have even vaguely described her appearance."

More recently, a book called Visions of Time by David E. Jones PhD presented evidence of psychometry involving people who told correct details about the people associated with hard-to-recognize  archeological artifacts presented to them.  His research is described here.