Online at Symmetry magazine there is a new article that rather clearly explains one of the biggest cases of cosmic fine-tuning: the fine-tuning of the Higgs mass. Thankfully the magazine has corrected the original version of the article, which gave people wrong ideas by failing to use superscripts in some crucial places.

The issue of the fine-tuning of the Higgs mass (the mass of the Higgs boson) was skillfully explained by physicist Ben Allanach in a previous article at the Aeon site:

"Behind the question of mass, an even bigger and uglier problem was lurking in the background of the Standard Model: why is the Higgs boson so light? In experiments it weighed in at 125 times the mass of a proton. But calculations using the theory implied that it should be much bigger – roughly ten million billion times bigger, in fact....Quantum fluctuations of ultra-heavy particle pairs should have a profound effect on the Higgs boson, whose mass is very sensitive to them....One logical option is that nature has chosen the initial value of the Higgs boson mass to precisely offset these quantum fluctuations, to an accuracy of one in 1016. However, that possibility seems remote at best, because the initial value and the quantum fluctuation have nothing to do with each other. It would be akin to dropping a sharp pencil onto a table and having it land exactly upright, balanced on its point. In physics terms, the configuration of the pencil is unnatural or fine-tuned. Just as the movement of air or tiny vibrations should make the pencil fall over, the mass of the Higgs shouldn’t be so perfectly calibrated that it has the ability to cancel out quantum fluctuations. However, instead of an uncanny correspondence, maybe the naturalness problem with the Higgs boson could be explained away by a new, more foundational theory: supersymmetry."

In the new article in Symmetry magazine, we have a similar explanation:

"To understand what’s fishy about the observable Higgs mass being so low, first you must know that it is actually the sum of two inputs: the bare Higgs mass (which we don’t know) plus contributions from all the other Standard Model particles, contributions collectively known as “quantum corrections.” The second number in the equation is an enormous negative, coming in around minus 1018 GeV. Compared to that, the result of the equation, 125 GeV, is extremely small, close to zero. That means the first number, the bare Higgs mass, must be almost the opposite, to so nearly cancel it out. To some physicists, this is an unacceptably strange coincidence."

How big a coincidence? The Symmetry article later quotes physicist Lawrence Lee Jr. as saying “the conundrum with the Higgs mass, which would require fine-tuning on the order of 1-in-1034,” which is a coincidence like the coincidence of you correctly guessing the full phone numbers of three consecutive strangers.

Scientists should have just accepted this case of very precise fine-tuning in nature.  But instead, many of them made a long, quixotic, futile attempt to overthrow it (like someone trying to overthrow the observation that the sun is hot, with some elaborate theory trying to explain how the sun isn't really hot).  Why did they do that? Because they had a motivation, an ideological motivation rather than the motivation of simply discovering truth. Their ideological motivation was related to a belief that the universe should not be anything that looked like a product of design. This ideological motivation is clearly stated in the Symmetry article by physicist Lee, who states it as follows: “In general, what we want from our theories—and in some way, our universe—is that nothing seems too contrived.” If you want for the universe to not "seem too contrived," then you may twist yourself into knots trying to explain away cases of apparent fine-tuning in the universe. 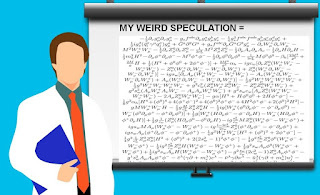 This is exactly what physicists did, both with the theory of supersymmetry (an attempt to explain away the fine-tuning discussed above), and the ever-changing and never-substantiated theory of cosmic inflation (designed to explain away fine-tuning at the time of the Big Bang, such as the Big Bang having precisely the right expansion rate to allow for galaxies to form).  Supersymmetry (also called SUSY) involves the speculation that each of the 17 subatomic particles in the Standard Model has a matching undiscovered "superpartner" particle. This would involve 17 different coincidences in nature. The overall chance of having so many exact coincidences is much smaller than the chance of the Higgs mass or Higgs boson coincidentally being fine-tuned. So nothing is actually done to reduce fine-tuning. The theory simply reduces fine-tuning in one place (the Higgs boson or Higgs mass), at the price of adding it in 17 other places, all of these exact matches between the particles in the Standard Model and their imagined "superpartners." It's a similar deal with the cosmic inflation theory, which tries to get rid of extremely precise fine-tuning in one place (the expansion rate of the universe at the time of the Big Bang), at the price of adding even more fine-tuning scattered in various other places, various types of fine-tuning needed to make any cosmic inflation theory viable.

Supersymmetry has been a complete observational failure.  If we can compare the Standard Model of physics to a high-achieving son who delights his parents with his success, we can compare supersymmetry to a wastrel brother who bungles his life away without accomplishing anything.

The article in Symmetry says not a word about the utter failure of supersymmetry theories in all empirical tests thus far. The article should have had a passage like this:

Physicists spent countless hundreds of man-years on the theory of supersymmetry. Trying to make the universe look "not too contrived," they spun out ever-more-elaborate theories that evoked an abundance of contrivances to try to explain away the fine-tuning of the Higgs mass. But it all seems like a gigantic waste of time. Their theories have failed every test, and the Large Hadron Collider keeps shooting down their elaborate speculations.

But instead of getting a passage anything like that, we get no mention of the utter empirical failure of supersymmetry theories. Instead the Symmetry article ends with this supremely bombastic sky-high-hubris passage making it sound like the author has learned no lesson from the gigantic supersymmetry midadventure:

"However bothered they are by apparent fine-tuning, in an ideal world, physicists will find the final Theory of Everything that can explain the underlying causes for every observed parameter in the universe. If physicists ever reach that point, Haley says, 'then you’d really know you solved physics.' ”