When Professors Make Dubious “All” Generalizations

We can make a classification of different types of generalizations that a scientist might make about nature.

Some of the most important “all” generalizations made by scientists have been just plain false.  Scientists once assured us that all heat consists of a fluid called "caloric" flowing from one body to another.  The theory has been disproved.

Scientists have asserted innumerable times that all things are made of atoms. A resounding statement of this dogma was made by the leading physicist Richard Feynman, who stated the following:

“If, in some cataclysm, all of scientific knowledge were to be destroyed, and only one sentence passed on to the next generations of creatures, what statement would contain the most information in the fewest words? I believe it is the atomic hypothesis (or the atomic fact, or whatever you wish to call it) that all things are made of atoms—little particles that move around in perpetual motion, attracting each other when they are a little distance apart, but repelling upon being squeezed into one another.” 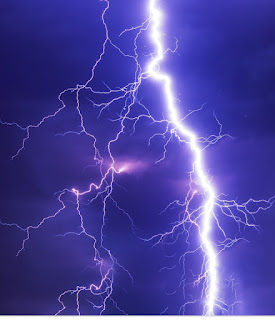 Not made of atoms

Moreover, strictly speaking it is not even correct to say that the sun is made up entirely of atoms or even to say that the sun is mostly made of atoms. An atom is defined as a unit consisting of an atomic nucleus and one or more electrons. Dictionary.com defines an atom in this way: “the smallest component of an element having the chemical properties of the element, consisting of a nucleus containing combinations of neutrons and protons and one or more electrons bound to the nucleus by electrical attraction; the number of protons determines the identity of the element.” But the sun does not contain mainly atoms defined in such a way. The sun consists of a very hot gas containing (1) individual protons, (2) ionized electrons that move around freely without being associated with any proton or atomic nucleus, and (3) helium nuclei consisting of two protons bound together by the strong nuclear force. None of these things is an atom, using the most common definition of an atom.

There is an additional reason why the “all things are made of atoms” dogma isn't true. Scientists nowadays tell us that most matter in the universe is not regular matter made of things like protons, electrons, neutrons and atoms, but instead some other very different unknown type of matter called dark matter. But scientists have no understanding of the nature of such dark matter, and have no reason to suspect that it consists of atoms. Since most of the universe's matter is believed to be dark matter radically different from atomic matter, it apparently is not even true that most of the universe's matter consists of atoms.

So the statement that “all things made of atoms” is false in several important ways, even though such a statement has been asserted as a “fact of science” by innumerable scientists in the past 50 years. It would seem that our scientists are prone to make dubious "all" generalizations. So should we then be the least bit surprised if in the future other “all” generalizations claimed to be “facts of science” – such as the claim that all life forms descended from a common ancestor, or that all thoughts come from brains – end up being discarded in the future?
Posted by Mark Mahin at 8:39 AM