Science Offers Us Not Much of a Guide to Morality

Some would have us eliminate religion, and perhaps even philosophy, and rely solely on science. But where would that leave us in regard to morality? Does science offer any guide as to how to behave, or does it help us sort out questions of values?

There are basically two ways to define science. According to the first definition, science is just the body of facts that have been established through scientific inquiry. According to the second definition, science is the process of searching for truth through scientific means. If we use the first of these definitions, we must conclude that science offers not the slightest guide to either morality or values.

A mere body of objective facts does not offer any guide as to how to act. Imagine if a man is considering whether to sneak into someone's house, kill the owner, and steal that person's jewels. If we were to first give such a man a large volume summarizing all of the factual findings of modern science, and have him read such a volume from cover to cover, that would in no way give him any guide as to whether or not he should take such an action.

But imagine we use the second definition of science – the definition that defines science as the activity of scientists. Could this serve as some kind of guide as to how to act in a wide variety of situations? Not really, despite claims to the contrary – we can't get very much of a moral code just through emulating scientists.

Another attempt to derive some kind of ethical code from science might go like this: scientists consider things calmly and dispassionately so you should make life decisions calmly and dispassionately. It is true that such a principle might be helpful in calming down someone who is considering killing someone in a rage. But such a principle would not deter someone who is calmly plotting to kill his spouse for the insurance money, or someone calmly plotting a bank robbery. Also, if we made all our decisions dispassionately we might not be moved to make the moral act of helping someone out of pity. So such a principle isn't all that useful in guiding us to a moral life.

Another attempt to derive some kind of ethical code from science might go like this: scientists prize the advancement of knowledge, so you should avoid that which causes a destruction of knowledge. Such a principle might be fairly useful in discouraging some maniac plotting to start a nuclear war that causes the extinction of mankind. But it wouldn't discourage someone who plans to start a nuclear war designed to wipe out 99% of all humans, leaving behind only a privileged remainder. Nor would such a principle discourage someone from wiping out all humans and replacing them with robots who had been uploaded with the sum of human knowledge. Nor would such a principle deter someone from killing another person, as long as he thought that the person to be killed had no important knowledge known only to that person.

Another attempt to derive some kind of ethical code from science might go like this: scientists are careful to truthfully report the facts, so you should be truthful in your life. But the conclusion doesn't really follow from such a premise. Strictly speaking, from the fact that scientists are accurate in their professional reports, all we might be entitled to infer is that we too should be accurate when we make professional reports. Since we know nothing about how much scientists lie to their friends or spouses, we can't derive any general principle about truthfulness from scientific behavior. Another problem with such a principle is that truthfulness is only a small part of morality (for example, you can be a truthful ax murderer).

It seems that science offers us no very substantial guide as to how we should conduct our lives. We may note that scientists have often favored the morally destructive doctrine of determinism, the idea that humans have no free will. Those who believe in such a doctrine can justify any atrocity they may commit on the grounds that they had no choice, because they didn't have free will. Such a factor may wipe out any claim you might be able to make that following science leads to moral behavior. 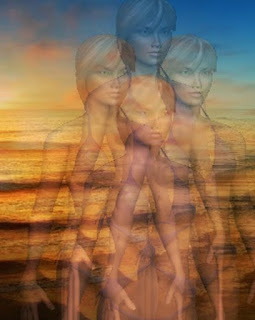 Considering all these factors, it seems that at best “following science” will only have a mild tendency to make you more moral, and at worst following certain theories fashionable among certain scientists may tend to take you completely cavalier or indifferent to moral concerns.

Some scientists are highly moral, and some type of scientific activities are moral, such as searching for a cure for cancer. But overall science itself is basically amoral – meaning morally neutral. From a purely scientific standpoint, a nation in which half of the population are slaves is just as good as a nation in which the entire nation is free; and from the same narrow perspective, a world in which half of humanity is starving is just as good as a world in which everyone is well-fed.  From a purely scientific standpoint, one accurate data set is just as good as any other accurate data set, regardless of whether either includes moral horrors.

A scientist puts it like this on his web site:

Science is amoral. I ask if this is a good or a bad thing, and after a moment, we realize that such a value judgement is irrelevant. It is simply a statement of fact.

So what will happen if we only rely on science in the decades ahead? Our weapons will grow more and more frighteningly destructive, but we will be lacking the morality to restrain us from using such weapons. Such an approach may be a prescription for human extinction.

As discussed here, modern science is unable to explain the origin of the universe, the origin of life, the origin of human consciousness, and the cause of many puzzling phenomena that we observe. Science is also unable to give us much help in figuring out how to live or any help in discovering moral truths. Consequently the claims of scientism (which claims that science is all we need or the only thing that gives truth) are laughable.

Postscript: In this discussion I originally failed to mention the harmful moral consequences of enthroning the idea of "survival of the fittest." When we have only science to guide us, we may end up with a moral outlook that approves of the strong wiping out the weak,  approving such a thing as "survival of the fittest" that is "natural."
Posted by Mark Mahin at 2:01 PM

Email ThisBlogThis!Share to TwitterShare to FacebookShare to Pinterest
Labels: Ethics, science and ethics