I always find it interesting to read about or experience a case when a mind seems to have some knowledge or idea that we would not expect it to have. There was such a case the other day in my personal experience. I saw my adult daughter leaving, and I thought to myself, "I'll say to her: see you later, alligator." But then I thought to myself: I don't think a young lady would like being called an alligator. So I simply said, "See you later" in a flat voice. She then immediately replied, "See you later, alligator," an expression I can never recall hearing her use before. Cases such as these may be evidence for human abilities such as ESP, which is also supported by laboratory experiments skeptics are unable to explain away.

A more interesting case of anomalous cognition comes when a person seems to know of someone's death when that person should have had no such knowledge. Bruce Greyson made a study of such cases, which he called "Peak in Darien" experiences. Below is a list of some interesting cases documented in Greyson's paper.

Some skeptics attempt to explain away near-death experiences through some hypothesis about the mind constructing some vision to match its expectations. Such an explanation does not work for cases such as these, because in each such case we have some unexplained report or vision which proved to be consistent with the unknown death of a person, but which did not match the assumption that we would expect to have been in the mind of the person who made the report. 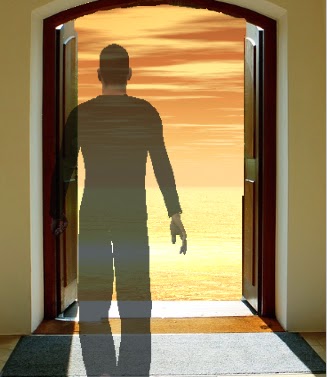