The evidence for ESP is overwhelming, and consists of a great abundance of convincing experimental evidence, and a huge mountain of observational reports from daily life.  You can study such evidence by reading the 24 posts here. Let us look at some additional examples of evidence for ESP.  My sources will date from the early twentienth century, although in one or two cases the incident mentioned may have occurred in the nineteenth century.

On page 152 of Death and Its Mystery: Before Death by Camille Flammarion, we have an account by David Harris of a strange vision he had while relaxing in an easy chair of a hotel:

"I was in a state of passive tranquillity, when all at once I lost the sense of where I was. Instead of the wall and the pictures that were hung on it, I saw before me the front of my house in London; my wife was standing on the door-step and speaking to a workman who held a big broom in his hands. My wife seemed much distressed, and I felt an instant certainty that the man was in a wretched condition of poverty. I did not hear their conversation, but something told me that the unfortunate man was asking my wife to help him. At this moment the servant brought the tea and the vision vanished."

The man later found out that at this time his wife had talked on her doorstep to a very poor man begging for assistance.  Harris states on page 153 that "a few days later I saw the man myself; he was exactly the one I had seen in my vision."

On pages 130-131 of Volume 13 of the Journal of the Society for Psychical Research, we have the case of a man who tried a mind-reading test with a woman:

"After some time she announced that she got absolutely nothing, and said that with some she never had any success. I remarked that perhaps it was because I was not thinking of anything persistently or deeply. She replied by telling me to think of some occurrence of recent date—say some man I had met—his name and features. I thought of a gentleman I had met the morning before on the platform at Bakersfield as the train was changing engines. He stepped up to me, accosting me by name and said : 'You don't remember me, do you?' I confessed that I did not. He said, 'My name is Harris,' ....Well, I thought of this man. Presently Mrs. A. said, 'His name is of two syllables—accented on the first'—and then she asked me to signify assent if it was true— as it seemed to help her. I therefore said 'Yes.' After perhaps ten seconds she said, 'It is a name that sounds like  "Parish," ' but, she added quickly, 'That's not it'—a slight pause—'It is Harris.' I, much astonished, said it was."

On page 158 of Death and Its Mystery: Before Death by Camille Flammarion, we have an account by Dr. G. de Messimy of a patient who was put under hypnosis:

"My subject's lucidity went so far as even to read the thoughts of those present. . . . Having placed twelve members of the society before the subject ... we asked each one of them to think freely of a chosen flower, without telling its name to any one. . . . Then turning toward the subject, we asked him to name out loud the flower each of these persons had thought about, and he named them all, without the least hesitation and without making a single mistake, as if he were reading from a book of human thought." 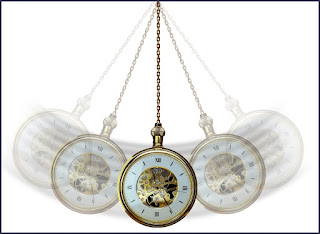 On pages 160-161 of Death and Its Mystery: Before Death by Camille Flammarion, we have an account by a Dr. Jean of a boy who had a vision of his father's drowning death:

"The frightened mother told me that the child had had a sudden paroxysm of delirium. He had awakened, as usual, and all seemed to be going well, when at about ten o'clock he rose up in his bed, terrified by a sudden hallucination. He saw water everywhere and began to cry for help, for his father was drowning, he said. His father was away from home. He had gone to Nice, where his brother lived, and was to spend several days there. When I arrived the child was calm, but insisted that he had seen his father drown. A telegram from the brother soon urgently called the widow (for such she really was) to Nice, where she learned that her husband had been drowned at about ten in the morning, in trying to save his brother, who had been seized with a cramp while swimming in the ocean. His last words had been, 'our poor children.' "

On page 139 of Volume 19 of the Journal of the Society for Psychical Research, we have the following account of what seems like telepathy in a dream.

"At 8.30 a.m. this morning at breakfast at the above address. Miss Ethel Thomas, a visitor, related what she said at the time was a dream, just on the point of waking up, as follows : 'I was counting the number of men and women going on board ship at Southampton, and the number was fifteen. I could almost tell who they were.' I mentioned that I thought that this was a case of 'telepathy without conscious effort,' and related that at 8.15 a.m. I was shaving in an adjoining room, and counting up in my mind the number of people going on board ship on Thursday, and on a ship at Southampton, the same time. The total number was 15."


On page 143 of Death and Its Mystery: Before Death by the astronomer Camille Flammarion, we have an account by Valarie Dobelmann, who claimed to have had a dream of her son being injured by boards, at about the same time that her son suffered such an injury far away:

"One night, especially, I was overcome with sharp distress and dreamed that I saw my youngest son caught between two rows of planks which had fallen on him, unable to free himself and calling me, 'Mama!' I spoke of it to my sister, while I was still very much oppressed by this nightmare....On my son's return we questioned him, and he told me that he had had an accident, for a pile of boards had fallen on him; but it had been nothing serious, and it would have been useless to frighten us. 'But I knew it,' I said. 'I dreamed about it all one night and the curious thing is that the place did not at all resemble your wood-yard. You were in the midst of planks, unable to get up, in a great unfamiliar yard, and the sun was shining brightly.' — 'That 's correct,' replied my son ; 'the sun was shining on that day and it did not happen in my place but in a neighbor's yard, which is just as you have described it without having ever seen it.' "

On page 127 of Volume V of the the Annals of Psychical Science (1907), we read an account of a person (Leo Primavesi) who suddenly "had the impression of being in a friend's house in the suburbs of this city (Antwerp), and of seeing a strong light, as of an unshaded lamp, to my right." Leo said that "on coming to myself I found that it was 11:47 p.m." Upon visiting the friend, and before saying anything about this experience, Leo was told "I saw you last night!" The friend reported that Leo "disappeared like the melting away of a cloud."  The friend looked at the clock and saw that it was "just after a quarter to twelve," which matches the time of 11:47 PM.

On pages 278-279 of the 1906 book Enigmas of Psychical Research by the distinguished researcher James Hyslop, we read the following account of clairvoyance, told by a Professor Gregory, who recalls speaking to a hypnotized female who he asked to do some "remote viewing" of a distant location:

" I now asked her to go to Greenock, forty or fifty miles from where we were (Edinburgh was nearly thirty miles distant), and to visit my son, who resides there with a friend. She soon found him, and described him accurately, being much interested in the boy, whom she had never seen nor heard of. She saw him, she said, playing in a field outside of a small garden in which stood the cottage, at some distance from the town, on a rising ground. He was playing with a dog. I knew there was a dog, but had no idea of what kind, so I asked her. She said it was large, but young Newfoundland, black, with one or two white spots. It was very fond of the boy and played with him. 'Oh,' she cried, suddenly, ' it has jumped up and knocked off his cap.' She saw in the garden a gentleman reading a book and looking on. He was not old, but had white hair, while his eyebrows and whiskers were black. She took him for a clergyman, but said he was not of the Established Church, nor Episcopalian, but a Presbyterian dissenter. (He is, in fact, a clergyman of the highly respectable Cameronian body, who, as is well known, are Presbyterians, and adhere to the covenant.) Being asked to enter the cottage, she did so, and described the sitting-room. In the kitchen she saw a young maid servant preparing dinner, for which meal a leg of mutton was roasting at the fire, but not quite ready. She also saw another elderly female. On looking again for the boy, she saw him playing with the dog in front of the door, while the gentleman stood in the porch and looked on. Then she saw the boy run upstairs to the kitchen, which she observed with surprise was on the upper floor of the cottage (which it is), and receive something to eat from the servant, she thought a potato. I immediately wrote all these details down and sent them to the gentleman, whose answer assured me that all, down to the minutest, were exact, save that the boy did not get a potato, but a small biscuit from the cook. The dog was what she described; it did knock off the boy's cap at the time and in the place mentioned; he was himself in the garden with a book looking on; there was a leg of mutton roasting and not quite ready; there was an elderly female in the kitchen at that time, although not of the household. Every one of which facts was entirely unknown to me, and could not, therefore, have been perceived by thought-reading, although, had they been so, as I have already stated, this would not have been less wonderful, but only a different phenomenon."

What we have in this narrative is very strong evidence not for telepathy or mind-reading, but instead what is called clairvoyance, a kind of paranormal "second sight." The US government spent much money and quite a few years investigating such a thing, calling it "remote viewing."  Many spectacular successes were achieved. Even better results might well have been achieved if the experiments had involved subjects who were hypnotized or placed in a trance, as was the female in this account.
Posted by Mark Mahin at 7:46 AM