His “Deep History” Does Not Sound Very Deep

Scientist Joseph LeDoux has authored a recent book entitled The Deep History of Ourselves: The Four-Billion-Year Story of How We Got Conscious Brains. I think the title is rather inappropriate, because what LeDoux presents isn't really history and isn't very deep.

The reason why a book such as LeDoux's isn't really history is that it is so largely speculative. History is a narrative of recorded events derived from observations of such events. But when scientists fill up books with doubtful speculations about things such as the origin of life, the origin of eukaryotic cells, the origin of multi-cellular life, the origin of sex, the origin of language and the origin of mind – all events never observed by humans – they are not really doing any such thing as giving us a history. They are instead merely giving us a speculative narrative. Until someone invents a time machine allowing observations of the past, or gets a record of historical observations of Earth made long ago by extraterrestrials, or until human science advances vastly beyond its current limits, no one can credibly claim to write a matter-of-fact history of life on our planet (unless he is merely listing when this or that species appeared, based on fossils).

From an explanatory standpoint, there is nothing very deep about what LeDoux provides. His explanations are based on two ideas: Darwinism and the idea that human mental phenomena are explained purely by brains. Neither of these ideas is deep. There are very deep theories in modern science, including the very deep and hard-to-explain ideas of general relativity and quantum mechanics. But Darwinism is a shallow notion that is so simple it could be written on the palm of your hand. Darwinism is basically the idea that incredibly lucky random things sometimes happen, and that such luck piles up, to become all of the wonders of biology. You would have no trouble stating the bulk of such an idea as a fortune-cookie message, which would look kind of like this: 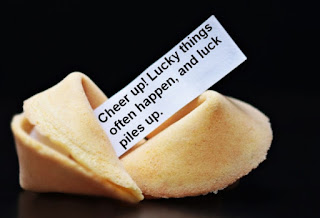 As for the idea that human mental phenomena are explained purely by brains, there is nothing deep in such an idea. Below are two answers, neither of which involve any terribly deep thinking.

Philosopher: From whence comes that hint of the transcendent we feel when we look at a sky ablaze with stars? From where do our loftiest ethical principles arise? Why do we lie awake at night and ponder the weightiest riddles of existence? How do we ever grasp the most abstract notions such as the idea of the universe and the eternal laws of nature?
Neuroscientist: The answers are simple. They are: neurons, neurons, neurons, and neurons.

I'll give some reasons why I don't think there's much depth in LeDoux's discussion of how we got our minds. Consider the question of human memory. There are three main things that would need to be explained by any neural theory of human memory:

Looking at the index of LeDoux's book, I see quite a few entries under “memory,” but I see no entries for memory storage, memory encoding or memory retrieval. And I see no entries under “storage,” “retrieval” or “encoding.” LeDoux seems to have not given any substantive explanation for the three items in my bullet list above.  Our bodies show mountainous heights of organization and complexity, but in the index of LeDoux's book I see no entries for "organization" or "order" or "complexity." So his claim to have a “deep history of ourselves” seems rather suspect.

There are many diagrams in the book, and some of them are  objectionable. Some examples: 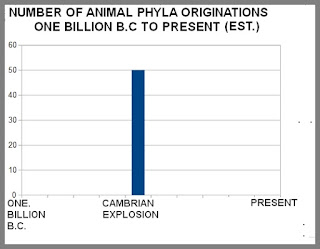 LeDoux's explanation for this explosion of so many different types of enormously organized body plans is that a worm diversified (page 113), which I don't regard as a very deep explanation, particularly when I consider the vast number of new proteins needed for the origination of such phyla, each such protein being a very complex invention incredibly unlikely to arise from random mutations.  But LeDoux's readers may not have such reservations, as they are never given any explanation of the complexity of proteins, and are never told things such as that most proteins require a very special arrangement of  hundreds of amino acids to achieve a functional end, like hundreds of well-arranged characters in a computer software subroutine.

LeDoux avoids discussing the vast organizational complexities of biological life, perhaps because such a discussion might clash with his story line.  Not just in the diagrams but also in the text the author sometimes rather seems to portray life as being very much simpler than it is. On page 95 he very strangely claims “there are only three forms of complex life.” On page 59 he makes it sound rather as if DNA required only a single gene. He states, “DNA is believed to have emerged through a transformation of RNA, possibly by a virus that converted an RNA gene into a DNA gene.” To the contrary, the simplest self-reproducing cell would have required DNA with at least 100 genes, and probably many more.  A team of 9 scientists wrote a scientific paper entitled, “Essential genes of a minimal bacterium.” It analyzed a type of bacteria (Mycoplasma genitalium) that has “the smallest genome of any organism that can be grown in pure culture.” According to wikipedia's article, this bacteria has 525 genes consisting of 580,070 base pairs. The paper concluded that 382 of this bacteria's protein-coding genes (72 percent) are essential.

We have on page 22 a diagram that teaches the unproven dogma that humans and chimps have a common ancestor, but the diagram does not specify what such an ancestor was, just as it does not identify six other points in the ancestry tree depicted.  How can we have confidence in such a diagram when so many of its nodes are unspecified?  Such diagrams depicting "trees of human ancestry" seem to be getting more and more vague as time goes on.

In Chapter 47 LeDoux discusses the origin of language, but says nothing to suggest he has any deep understanding on this supremely perplexing problem.  He mainly just mentions various thinkers' fragmentary thoughts on such topic, such as saying that "Michael Corballis...proposed that language evolved because it allowed communication about internal states to others," and that a pair of other people suggested that "language was cobbled together in early humans by way of synaptic plasticity that coupled together neural mechanisms underlying existing traits, such as nonverbal communication, serial cognition and tool use," which is a big mouthful that doesn't really say much of anything.

No one has ever come up with a credible detailed scenario by which a first human language could have naturally originated.  This is one reason that no movie, play or TV show has ever depicted the origin of language. The problem is that you can't create a spoken language and establish a spoken language in a community unless a language already exists, leaving no path for explaining the appearance of a first language.  We can imagine some cave men agreeing on some hand gestures, but can imagine no path of progression by which some set of hand gestures would evolve into a rich spoken language with complex rules of grammar.

It might be convincing if a book were to present a series of facts forcing on us the idea that thought comes from the prefrontal cortex, and if the author were to then say, "Therefore, based on all of these many facts I have discussed, we are forced to conclude that thought comes from the prefrontal cortex."  But instead in LeDoux's book we have these lines (page 248), which sound  like dogmatic traditionalism:

"The prefrontal cortex is traditionally viewed as home to the headquarters of cognition. This is undoubtedly the case."

No one should be confident about such a belief tradition after reading the many facts and observations discussed in this post,  which mainly conflict with such a belief dogma. For example, the 1966 study here states, "Taken as a whole, the mean I.Q. of 95.55 for the 31 patients with lateralized frontal tumors suggests that neoplasms in either the right or left frontal lobe result in only slight impairment of intellectual functions as measured by the Wechsler Bellevue test."

When I read the overconfident dogmatism in a book such as this, such as its claims that particular mental functions come from particular little spots of the brain, it reminds me of the erring geographical specificity of Donald Rumsfeld. The USA invaded Iraq in March 2003, ostensibly to capture “weapons of mass destruction” supposedly stockpiled in Iraq. In March 2003 Rumseld was asked by George Stephanopoulos whether it was “curious to you that given how much control U.S. and coalition forces now have in the country, they haven’t found any weapons of mass destruction?” Rumsfeld claimed “we know where they are,” and that “they’re in the area around Tikrit and Baghdad and east, west, south and north somewhat.” The claim was bunk, and after the US invasion weapons of mass destruction were never found in Iraq.

Just as the weapons in mass destruction in Iraq were embarrassingly absent to the weapons searchers, memories in brains are embarrassingly absent to the engram searchers. If memories were stored in brains, we would have discovered readable memories that could be read from dead bodies. Just as we discovered around 1950 the genetic code used by microscopic DNA, we would have discovered in the twentieth century proof of some brain code used to store memories, if such a code existed. But no such memories can be read from dead bodies, and no such code has been discovered. We can discover nothing about what an organism has learned from studying its brain.  Scientists have not found in the brain anything like a memory-writing component or a memory-reading component, and can find in the human genome none of the memory-encoding proteins that we would expect to exist in very massive numbers if a brain encoded memories into neural states or synapse states. In the places they hoped might be a stable storage place for memories (synapses), neuroscientists have found only instability, short molecular lifetimes and rapid protein turnover.  Nor have our neuroscientists ever found anything to explain how a neuron or any group of neurons can think or imagine or have an abstract idea or have anything like self-hood, despite all the decades of lavish funding for neuroscientists.

If we ever discover the cause of the super-complex organization of our bodies (far more impressive than anything humans have ever built), and the cause of our minds and memory (something that can never be produced by the most complex computer technology), and the cause of a progression of a speck-sized egg to become a full-grown human (an effect our technology could never mimic), I suspect it will be explanations about 20,000 leagues deeper than the facile explanations of today's professors.
Posted by Mark Mahin at 8:46 AM