SETI (which stands for Search for Extraterrestrial Intelligence) is the scientific attempt to search for extraterrestrial intelligence (civilizations on other planets) by astronomical efforts.  Such efforts have mainly consisted of attempts to pick up radio signals coming from other planets, although sometimes SETI scientists use other techniques such as searching for optical signals.   Thus far SETI has failed to detect any signals from extraterrestrials. 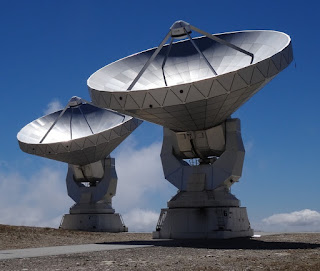 The summary numbers Shostak gave us in this article are far from true.  The actual number of star systems that have been searched for extraterrestrial signals using SETI techniques prior to 2019 is vastly in excess of 5,000.  In 2014 a paper was published with the title "SETI Observations of Exoplanets with the Allen Telescope Array."  The paper described 19,000 hours of observations of 9293 stars, searching in "multiple bands."  No extraterrestrial radio signals were found.  The paper was co-authored by Shostak himself.

In 2016 numerous press stories reported that Shostak's SETI Institute was going to start conducting a search of 20,000 red dwarf stars to look for signs of extraterrestrial signals. This was a different set of stars than the 9293 stars searched by the previously mentioned survey.  In 2019 Shostak was quoted as saying this:

"What would be the best strategy to find ET? We’ve been looking at a list of about 20,000 so-called red dwarf stars."

Many of the SETI searches were full-sky or portion-of-the-sky surveys in which an instrument simply scans a specific fraction of the sky (or the whole sky) rather than targeting specific stars. Such searches end up being equivalent to a survey of more than 100,000 stars, often vastly more. For example, in the SETI paper here we read the following:

So the paper is indicating that 100,000 Sun-like stars (the same as 105 Sun-like stars) were searched for optical signals from extraterrestrial civilizations, when only 1% of the sky was surveyed.  We would get much larger numbers if we calculated the number of stars that have been searched for radio signals, in surveys that used full-sky or large portion-of-the-sky surveys. As the paper here notes, "Wide-field surveys serve as a way to sample 106 - 108 more stars than pointed surveys, albeit at lesser sensitivity.”

How many stars were searched from the searches below, involving much more than 1% of the sky?

It would seem that when we consider both star-specific and full-sky or portion-of-the-sky searches, the number of stars that have been searched for extraterrestrial signals before 2019 is more than 100  times greater than the number suggested by Shostak in his July 1, 2019 article.  If we extrapolate from the SETI paper quotation quoted above, in which 1% sky coverage is equated with 100,000 sun-like stars, it would seem that SETI searches have actually checked millions of stars,  at least hundreds of times more than the number suggested by Shostak. So it is not at all true that SETI searches have "only just begun," or that only a small number of stars have been checked.

Strangely, Shostak's claims in his July 1, 2019 article are very inconsistent with a 2017 written testimony he submitted to the United States Congress. In that testimony he stated the following:

"To put that in context, if we conjecture that there are 100 thousand signaling societies in our galaxy, then we will have to scrutinize roughly one million star systems before detecting a transmission. This is approximately ten times the total sample of all SETI experiments undertaken since 1960."

Since a million divided by 10 is 100,000, Shostak here states that about 100,000 star systems have been searched by SETI, which is a number 50 times greater than the number he gives in his July 1, 2019 article.  Even that 100,000 figure is an understatement, for the portion-of-the-sky and full-sky surveys had a combined sample size of millions of stars, in the sense that they would have detected a strong consistent radio signal from any of millions of stars.

In his written testimony to Congress, Shostak failed to present a convincing case for thinking that SETI efforts will succeed, and he failed to clearly describe any great benefit that would come if extraterrestrial radio signals were to be found. But he does reveal a little about theological motivations of SETI.  He makes it clear in his first paragraph that SETI is about proving that "biology is not some sort of miracle."

Given its very mysterious workings and its complexity far greater than the complexity of any machines humans can construct, I can understand why some people might fear that biology is some sort of miracle;  and I can understand why people might spend decades trying to remove their fear about this matter. But I don't understand why anyone would think that finding a second example of biology (on some distant planet) would prove that biology is not some sort of miracle. If a man points towards a mountain top, and the mountain top rises way up in the air, that would presumbably be a miracle. If the man does the same thing with a second mountain top, causing that mountain top to also rise way up in the air, this would seem to be two miracles, and not at all prove that the first case was not a miracle. So given its gigantic complexity and mysterious workings, why would we suddenly conclude that life is not a miracle merely because we observed it in a second very distant place?