The Stanford University article gives us this bad reasoning:

This diversity, they say, is key to explaining certain baffling features of our universe, like the fact that several parameters in physics and cosmology appear to be curiously fine-tuned for life forms like us to exist. Perhaps the most glaring example is the cosmological constant, which relates to a universal repulsive force that is pushing space-time apart. Physicists have struggled to explain why the tiny value of this constant just happens to lie within the narrow band that allows stars and planets to form and biological life to evolve. But if there are innumerable universes, each with differing laws of physics, then it should not be surprising that we inhabit one where the cosmological constant is small – if things were any different, we could not exist to marvel at the coincidence.

But actually, it should be incredibly surprising that we inhabit a universe where some vastly improbable set of coincidences occurred, because you don't change the likelihood of such coincidences occurring in any one of those universes by imagining other universes. The likelihood of something very improbable happening in any one random trial does not change by increasing the number of trials (for example, your probability of winning a million dollars at a Las Vegas casino is not increased the slightest if there are a trillion universes filled with casinos). So imagining the “innumerable universes” other than ours is pointless. What's happened is that our string theorists have made an elementary error in logic, confusing the likelihood of “some universe” being fine-tuned for life with the likelihood of “our universe” being fine-tuned for life.

Such elementary errors in logic are not rare among PhD's, such as when biologists suggest that natural selection is the cause of complex biological innovations, when there is no natural selection effect related to a biological innovation (no “survival of the fittest” effect) until after that biological innovation appears. This is the elementary reasoning error of maintaining that a consequence of an effect is the cause of that effect, which is kind of like reasoning that the thundercloud appeared because the city street got soaked by the thunderstorm. We must always remember that a man who has a PhD is just as prone to commit elementary reasoning errors as someone who does not have a PhD. Our different tribes of scientists (such as the string theory tribe)  are belief communities just as much as the Amish and Sikhs and Scientologists are belief communities, and in many a belief community bad reasoning can be so normalized that it may be hard for a member of the community to see how large a logic error he may have committed.

String theory maintains there are 10 or more dimensions of space. This idea has flunked a recent observational test. A recent headline reports, “University of Chicago astronomers found no evidence for extra spatial dimensions to the universe based on the gravitational wave data.” 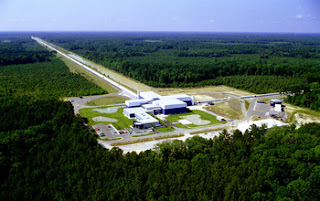 
Postscript: Stanford University has now completed its five part goofy exposition of the Fake Physics of the "string theory landscape."  Its more laughable parts include:

(1) Scientist Andrei Linde babbling about infinite copies of you in the multiverse.
(2) A scientist named Dimopoulos making the silly claim that the "richness" of string theory "tells you that there are many universes."
(3) The claim that the "string theory landscape" with 10 to the five hundredth power universes "elegantly explains why the universe appears to be so eerily fine-tuned for life."  The theory doesn't do that, and if you look up the definition of "elegant" you will see that in a scientific context it means a solution that is simple; but nothing could be less simple than imagining 10 to the five hundredth power universes.