The Origin of Language Is Inexplicable Under Prevailing Assumptions

Best-selling author Tom Wolfe (author of The Right Stuff) has written a very good new book called The Kingdom of Speech. The book discusses a great explanatory failure: the failure of theorists to present a plausible explanation of how language originated. Because of Wolfe's superb writing style, the book is much more readable than the typical dry discussions of this topic. Wolfe starts out by mentioning a scientific paper entitled “The Mystery of Language Evolution,” written by leading linguist Noam Chomsky and seven other experts. The paper concludes that after long decades of work trying to illuminate the origin of language, “the most fundamental questions about the origins and evolution of our linguistic capacity remain as mysterious as ever.”

We cannot explain the reaching of any of these thresholds by evoking Darwin's idea of natural selection or survival of the fittest, because there would be no survival benefit until these functional thresholds were achieved. For example, natural selection would presumably not have rewarded some preliminary version of the larynx and pharynx which would have allowed people to only speak as crudely as if they had their mouths filled with rocks.

In the case of the origin of language, there are no less than 4 different things that need to be explained:
The fourth question may seem unfair, but it will not after we try a little thought experiment. Let us imagine that some extraterrestrial visitors were to somehow transport 10,000 humans to some “zoo planet” for the purpose of keeping the humans as pets or zoo creatures. Let us also imagine that there is a strange side effect of this transport process – it accidentally wipes out the language memory of the humans transported to the “zoo planet.” Now 10,000 humans find themselves on this planet without any language. Could they then create a new language for themselves?

It seems all but impossible that they could. One might at first think that someone could start setting up such a language by issuing a command like this:

Damn, we lost our language! We have to fix this. Let's do this. We'll appoint Joe as the “language guru.” He will figure out some type of language for us to use, including the rules. We'll set up classes, and everyone will have to follow Joe's teachings. So if Joe picks up a rock and says, “vorko,” that means “vorko” is the new word for “rock.” And if Joe points to the sun and says, “zonzin,” then “zonzin” is the new word for “sun.”

But, of course, issuing such a command would be impossible – because these 10,000 would have all lost their language, and at first would know not one single word to speak. It seems that there would be no way to set up a new language, if some language did not already exist. We cannot imagine that some government would help to enable or enforce the new language – because you can't have a government unless there is language in the first place. Show me a people with no language, and I'll show you anarchy.

It would seem to stretch credulity to imagine even a fragmentary type of language developing under such circumstances. To explain why 10,000 people without language might come to use the same word for “rock,” we can imagine that there might be some forceful person determined to get everyone to use some particular word for “rock.” He might go from person to person, saying his word for “rock,” and making an “I will punch you” fist if the people he met didn't use the word he used for “rock.” But people would forget the word a while after he left. So it's hard to imagine everyone starting to use the same word for “rock.” And it's basically impossible to imagine how countless words such as “gently,” “mind,” “future,” “spirit,” “yesterday,” “skill,” “think” or thousands of other verbs, adjectives, and adverbs would ever get started, or how rules of grammar would ever get started, such as how to speak in the future tense and the past tense. You might be able to teach someone a few nouns by holding something or pointing to it, but that doesn't work for verbs, adverbs, and adjectives, and it doesn't even work for a large fraction of all nouns (such as “leadership”) referring to immaterial things.

This thought experiment is relevant because if we are to imagine language getting started many thousands of years ago, the same “how could a language ever become established” dilemma would exist as would exist for these 10,000 people. Even if we imagine a human with all the right brain modifications and all the right larynx and pharynx modifications, it seems impossible to explain how a full-fledged language ever got started.

The wikipedia.com article on the origin of language starts out by saying “there is no consensus on the ultimate origin or age of human language.” It does mention a few theories, some of them just goofy speculations, such as the idea that language developed as a form of “grooming,” or that language developed so that mothers could keep quiet their babies placed on the ground. Such theories merely suggest a “why” for the origin of language, but fail to address the “how” problem discussed above. Another laughable language theory was Darwin's idea that humans developed language by imitating bird song, an idea so weak that almost no one seems to advance it today. 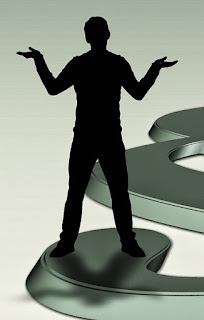 A full-fledged and convincing natural theory of the origin of language would require a hypothetical account so detailed that it would pretty much have to read like a novel. It would tell a detailed story of one way in which a real language could have developed.

It's easy to imagine the first chapter in such a novel. Maybe you might have a bunch of savages gathered around a water hole, and one of the savages might suggest a word for “water,” with the others repeating the word that was suggested. But it would seem to be impossible to write the remaining chapters in this novel, in such a way that might plausibly explain the origin of a language, so that the last chapter would end up with people speaking in grammatical sentences such as “I think that may be a woolly mammoth I see on the far horizon, so let's go get our spears so we can hunt it.” And even the first chapter just imagined wouldn't be plausible – for how could humans get larynx's just right for speaking, brain areas right for creating words, and brain areas for interpreting speech, all before language had ever been used? So the first chapter might have to start with a human with a preliminary larynx (who talked like someone with his mouth filled with rocks) trying to get language started, stumbling about with a brain that wasn't right for creating language, trying to teach a word to some other savages whose brains were not right for interpreting language. How a first chapter like that could lead to the last chapter seems impossible to imagine.

The failure of theorists to explain the origin of human language is one of only many ways in which explanatory naturalism fails to explain the human mind and human behavior. As discussed here, there are many facets of the human mind that cannot be explained through the mere idea of natural selection – mainly because they are facets of the human mind that did not give humans an increased survival value. Some of these facets were discussed by Alfred Russel Wallace, the co-founder of the theory of natural selection. Speaking of the law of natural selection, Wallace said the following: “Those faculties which enable us to transcend time and space, and to realize the wonderful conceptions of mathematics and philosophy, or which give us an intense yearning for abstract truth...are evidently essential to the perfect development of man as a spiritual being, but are utterly inconceivable as having been produced through the action of a law which looks only, and can look only, to the immediate material welfare of the individual or the race.”


Despite their pretentious claims of explanatory skill, our dogmatic professors cannot plausibly explain the origins of human mental abilities, human speech, or refined human feelings. Human origins are still profoundly mysterious. Given all these gigantic question marks and the failures of prevailing thinking, the door should be open to discussion of a very wide spectrum of theoretical ideas (including extraterrestrial intervention), rather than just the small range of possibilities we see in academic circles, where thinkers seem to be handcuffed by conformist taboos. The abysmal failure of modern academics to explain the origin of language may be a strong hint that they are on the wrong explanatory track, are making the wrong assumptions, and are prisoners of “inside the box” thinking.
Posted by Mark Mahin at 9:58 AM