Scientists such as Karl Lashley spent decades looking for particular parts of the brain where particular memories were stored, and could not find them. Lashley's research discovered all kinds of results hard to reconcile with the claim that particular memories are stored in particular parts of the brain – such as rats that suffered almost no loss of ability to remember some kinds of mazes, even when up to 50% of their brains were removed. The doctor John Lorber discovered astonishing cases such as a student who was doing very well in college, even though almost all his brain had been destroyed by disease. More recently, there was the case of a French civil servant who was astonished to discover that almost all of his brain had been destroyed by disease. This hadn't stopped him from doing his government job.

The evidence from memory research is sufficiently muddied and unclear that there is definite room for an argument against the idea that your brain stores all your memories. I will now present such an argument. I can summarize the argument as follows: when we analyze in detail what a brain would need to do on a low-level in order to store memories, we find that the brain would need to use a whole set of encoding protocols so sophisticated that they could not have naturally arisen.

To explain this argument I must first explain what is meant by an encoding protocol. To understand the idea of encoding memories, you have to realize that there is pretty much no such thing as “just storing” information. Almost every type of information that we know of involves some type of encoding. Encoding is when information is stored using some particular system of representation.

Let me give some examples to clarify the idea. Consider the storage of written words. A system of symbols (the alphabet) may be written to store the words. Each time someone types the letters “cat” to mean a cat, that person is using an encoding protocol known as the alphabet.

When words are stored on a computer or smartphone, multiple levels of encoding are involved. First, there is the alphabetic encoding. Then there is what is called an ASCII encoding. The individual letters are converted to numbers, using an ASCII table that signifies how particular letters will be stored as particular numbers. Then there is a binary encoding by which numbers such as 34 written in the base 10 system are converted to a series of 1's and 0's such as 100101101. 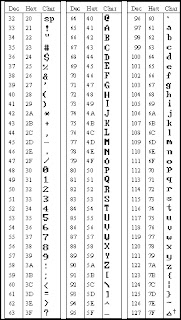 ASCII is an encoding protocol representing letters as numbers

We see in the diagram below three different types of encoding going on when the word “cat” is stored on a computer.

When an image is stored on a computer, there are also multiple types of encoding going on. The image is broken down into a grid of pixels; each pixel is translated into a number indicating a particular shade of color; then those numbers are translated into binary form that is ideal for storing on a computer hard drive.

Encoding of a visual image

It is hypothesized that the brain might store memories using things such as molecules or nerve cell electrical states. But just as information must always be encoded before it can be stored on a hard drive, there would need to be encoding before any memory information could be stored in something like molecules or electrical states. For example, we cannot imagine that a molecule would ever directly store some letters that we could see using an electron microscope that might show a tiny little “Y” and “G” on a molecule. Nor can we imagine that if we scan your brain with an electron microscopic, we would find tiny images representing scenes from your life, images that could directly be seen in the electron microscope's closeup photos. Instead, if the brain stores memories, there would need to be some low-level encoding causing the memories to be stored in a way that can efficiently be represented by molecules or nerve cell electrical states or neuron connections.

But here a very great difficulty arises. The problem is that human memories include an incredibly diverse collection of things. Consider only a few of the types of things that can be stored in a human memory:

Now given all these types of things that can be remembered, there would seem to be two possibilities if the brain is storing all your memories:

The problem is that neither of these options seem credible.

But it also seems very hard to imagine that the brain could encode memories by using a variety of encoding schemes, and selecting the appropriate encoding scheme to use at the moment that a memory is stored. The problem with that idea is that it requires for us to believe that the brain subconsciously is able to instantly figure out what type of information a memory is, and to then select the appropriate encoding scheme. That would seem to involve some incredibly sophisticated instantaneous analysis, and how could such a thing all be going on subconsciously?

In short, explaining how encoding could work on a low-level to store memories is a practical nightmare. Our psychologists say that some encoding is going on when memories are stored, but none of them has succeeded in presenting a plausible and detailed description of exactly how such encoding could work. When discussing the issue, psychologists and neurologists will typically combine speculation and tangential findings in a way that will skillfully hide their lack of any mechanism for how such encoding could occur.

When we consider the storage of multifaceted or abstract ideas, it is hard to think of how encoding could possibly work. How, for example, could your brain possibly do some encoding that would represent your mother or the concept of treating people equitably or the idea of the United States as some series of electrical states in the brain, some molecular states, or some combination of the two? We cannot imagine any such encoding.

How can we escape such difficulties? We can abandon the materialist idea that your memories are all stored in your brain. We can believe that our minds are some mysterious spiritual or soul reality, and that memories are part of such a reality. If we no longer have to believe that all memories are being stored in particular parts of the brain, all of the difficulties in explaining memory encoding conveniently disappear. We could still continue to believe that our brains store some things that are rather loosely called memories, such as what are called motor memories, remembrance of how to do particular movements of parts of the bodies. But by believing that conceptual memories and experiential memories are part of some non-physical reality that the human mind is part of, we free ourselves from the seemingly impossible burden of having to explain how the brain could possibly have naturally developed encoding protocols that could represent such things. 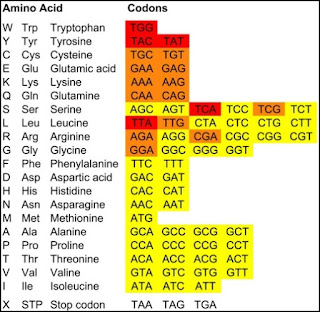 
But how did this genetic code ever appear naturally? This is a major explanatory nightmare for naturalists. The natural origin of the genetic code has never been plausibly explained.

It can be powerfully argued that if we have to believe that all of these sophisticated encoding protocols exist, this should make it ten times more difficult to explain how humans naturally came to exist. But there is an alternative. By believing that the mind has a spiritual reality or soul reality, we free ourselves from the burden of having to explain all these sophisticated encoding protocols that we would need to store all our memories in the brain – for we no longer have to believe that our memories are all stored in the brain.

The argument I have given here is only one of several arguments that can be made against the claim that your brain is storing all your memories. In my next post I will discuss another argument against such a claim --- what I will call the navigational argument. This is the argument that if your brain were to store an experience memory or a conceptual memory in some particular place in your brain, your brain would never be able to instantly find the location where that memory was stored. In still another post, I will argue that the brain lacks the biological features we might expect to find in a system capable of storing complex experience memories for 50 years, and that facts such as synapse turnover undermine attempts to explain how the brain could be storing experience memories for 50 years.
Posted by Mark Mahin at 11:46 AM

Email ThisBlogThis!Share to TwitterShare to FacebookShare to Pinterest
Labels: argument against brain storage of all memories, argument for soul, memory, memory traces, philosophy, philosophy of mind