This week there was a bittersweet news story that has attracted wide interest because of its possible paranormal implications. About 10:30 PM on March 6, 2015, a car carrying Lynn Groesbeck and her 18-month-old daughter flipped over and crashed into the bottom of a small river. Apparently the mother was killed by the impact, but her daughter survived. Strapped into her toddler car seat, the toddler hung upside down in the overturned car. About 14 hours later an angler noticed the car, and called the police.

Tyler Beddoes, a third officer on the scene said this to CNN: "All I know is that it was there, we all heard it, and that just helped us to push us harder, like I say, and do what we could to rescue anyone inside the car.”

Upon opening the car, the officers found the mother had suffered severe trauma, and was apparently dead. By all indications she died when the overturned car plunged into the river. The child was “definitely unconscious and not responsive," says Warner. The 18-month-old child, thankfully, has survived and is in good health.

The question is: how could such a voice have been heard, when the mother was dead, and the child unconscious?

Unlike quite a few other paranormal stories, the Groesbeck case seems to meet excellent standards of credibility, having been reported by four respected witnesses who did televised interviews soon after the event. In terms of its credibility and evidential value, the case may rival the famous Pam Reynolds case.


At the time of her brain operation, the late Pam Reynolds was a 35-year old who had a large brain aneurysm. She underwent a complicated operation that involved pumping out her blood and chilling her body temperature to only 60 degrees. Some twenty medical personnel worked on the complex operation.

After the successful operation was over, Reynolds reported having a near-death experience. She reported floating out of her body, and witnessing her operation. She accurately reported details of some medical equipment that was used to cut her skull open, describing it as a “saw thing...like an electric toothbrush,” with “interchangeable blades” that were stored in “what looked like a socket wrench case.” She reported someone complaining that her veins and arteries were too small. These details were later verified. This was despite the fact that Reynolds eyes were covered throughout the operation, and her ears were plugged with earplugs delivering noise of 40 decibels and 90 decibels. 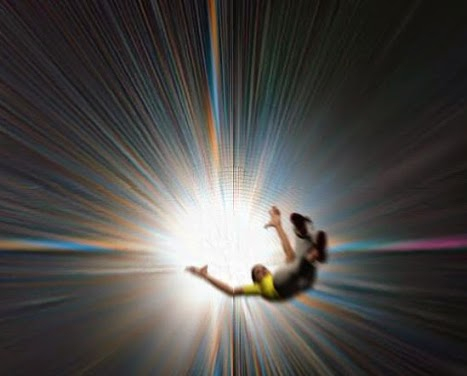 Reynolds says she was told by her uncle to go back through the tunnel, and to return to her body. These details were originally reported in the 1998 book Light and Death by Michael Sabom MD. That book includes diagrams of the medical equipment used to cut open Reynold's skull. They match her descriptions very well.

The Pam Reynolds case is something of a thorn in the side of materialists who believe that we have nothing like a soul, and that no can really have anything like a near-death experience in which they float out of their bodies. Some have attempted to explain away the Reynolds case. A recent attempt of this type is found in the 2015 book Waking, Dreaming, Being by philosopher Evan Thompson.

Here is the scenario Thompson suggests (on page 306 of his book) to explain what happened to Pam Reynolds:
There is no plausibility whatsoever in the ludicrous account Thompson has given.

Let's look at some of the gaping defects in Thompson's attempt to explain away the Reynolds case. First, let us consider the question of “anesthesia awareness.” Such a thing is so rare that it has been estimated that it only occurs in one operation in 19,000 (most likely in low-profile cases when shortcuts were taken or medical care was substandard). But we should not at all estimate that there was one chance in 19,000 that Reynolds may have woke up during her operation. Her operation was a very high-profile operation attended by 20 medical personnel – a “pull out all the stops” type of thing in which no expense seemed to have been spared. Given that degree of medical care, and all the equipment that was being used to monitor her brain state for her very risky and unusual brain operation, there is no reasonable chance that she might have woken up during her operation. Her brain state was under constant monitoring, and a gaining of awareness would have shown up in the brain readings. Sabom states in his original account that “neuroanesthesiologists...were monitoring her vital signs and brain function.”

One can also note the human factors here. Imagine if you woke up during a brain operation, and experienced the horror of being conscious while someone saws into your skull. You would be enraged to have been subjected to such a vivisection. You would surely report such a horror, if only because it would pretty much guarantee you a huge amount of money in a malpractice suit. But Reynolds made no such report, but instead reported a pleasant near-death experience. What is the chance that someone would give such a pleasant report, exactly the opposite of the horror they experienced? About the same chance that you would go to a restaurant, nearly die from food poisoning, and then go online to report that the restaurant had given you an excellent dining experience.

Thompson's suggestions that while someone was cutting open her skull, Reynolds got a mental picture of a toothbrush-like device because of “bone conduction” is just a leap into laughable speculation. There is not the slightest reason why one thing would follow from the other. Thompson also does nothing to explain Reynold's correct description of the medical instrument as having interchangeable blades that were stored in what looked like a socket wrench case, nor does he do anything to explain her correct report of medical personnel complaining about the size of her veins and arteries during the operation.

As for Thompson's suggestion that Reynolds used some knowledge she got of the operation from the surgeon's description and from “having read and signed the informed consent form,” both suggestions are absurd. Surgeons do not give detailed technical descriptions of operations to patients, certainly not ones including the details of medical equipment they are going to use to saw open a patient's skull. Can we really imagine any surgeon in his right mind describing in detail bone-sawing equipment to a patient about to undergo brain surgery? No, because such a description would be completely unnecessary and would increase the patient's anxiety.

In short, Thompson's attempt to explain away the Pam Reynolds case is simply a complete howler from beginning to end. If skeptics such as Thompson are going to bolster their claims, they will need not only an explanation of the Reynold's case vastly better than the one Thompson has given, but also an explanation for the new Groesbeck case that may be equally suggestive of a reality beyond our current understanding.

Postscript: Below is a link to an extremely dramatic "chest cam" video showing the responders turning over the overturned car. and saving the baby from the car. At about 1:56 you hear some voice, possibly saying "why won't somebody help me?" -- but it's hard to hear. It's followed a few seconds later by one of the responders loudly and clearly saying, "We're helping, we're coming."  The video corroborates the responders' claim that they heard a voice coming from the car, because an assurance of "we're helping, we're coming" would only make sense as a response to such a voice.

Email ThisBlogThis!Share to TwitterShare to FacebookShare to Pinterest
Labels: life after death, near death experience